Edinburgh is already buzzing with food-related activity! Our plan is inspired by the many people and organisations who are leading the way in delivering positive change by tackling health inequalities, food waste and food poverty.

The Edible Edinburgh Sustainable Food City Plan is a tool to help strengthen and expand all this activity. With the plan we aim to find and deal with gaps and to work with as many people as possible to develop Edinburgh as a sustainable food city.

The changes we want to see to our food and our city involve nothing less than a cultural shift and can only happen if everyone – individuals, families, groups, organisations and businesses – works together to make our food systems more sustainable. 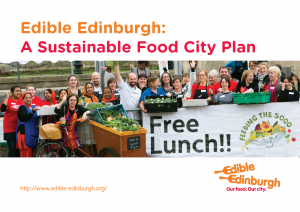 No single organisation or agency can do this alone and Edible Edinburgh can help us join forces for food’s sake!

We believe the reward – a city where good food is available for all, making for healthy people, thriving communities and a sustainable environment – is worth it! 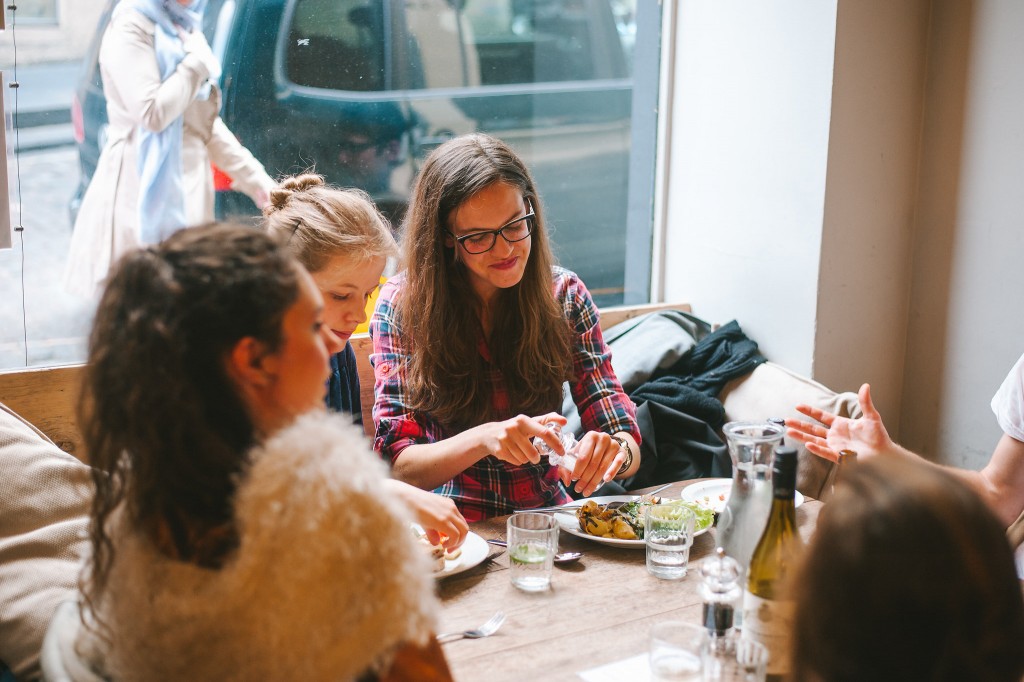 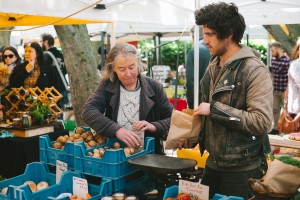 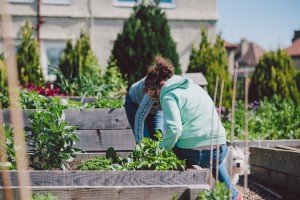 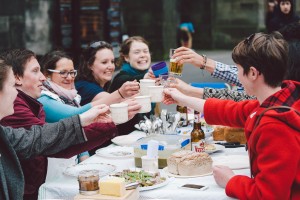 ..and this is what we are all working towards:

Create fair and affordable access to sustainable food; ensure people can use it as part of a healthy and nutritious diet.

Use our natural resources more efficiently to minimise our ecological footprint and reduce food waste.

Develop a diverse, independent food sector that offers a variety of skills, training and job opportunities.

Inspire, enable and support people to connect with food and the cultural traditions of eating, sharing and celebrating.

To see a full progress report, click here and our current work map for a sense of what we’re up to. Otherwise, here’s a snapshot summary of what we’ve been up to:

Edible Edinburgh has been working city-wide with partners across all sectors from health, environment, economy, education and cultural change to stop poverty taking a further hold in our city.  In December 2014 Cllr Hinds convened a joint meeting of members of Edible Edinburgh and the Glasgow Food Policy Partnership, together with a number of national agencies, which led to the leaders of Glasgow and Edinburgh Councils issuing a joint statement on food poverty. The statement was issued on 28th February 2015 and was followed by a joint statement from the Directors of Public Health in Lothian and Glasgow on 1st March.

Edible Edinburgh has been actively involved in various events, like Pilton Community Health Partnership’s Good Food for All and the Edible Cities Edinburgh event . We have also provided support to the development of the Power of Food Festival.

Our Twitter page is now getting much more active, with over 1,600 Twitter followers.  We can act as a useful central hub to get our city’s, Scottish and global food news out to you quickly!

Edible Edinburgh – what do we plan to achieve over the next year?

After the success of achieving the Sustainable Food Cities Bronze Award in June 2019,  Edible Edinburgh strategic partnership plans to step up its role in capturing, coordinating and enhancing our partners’ actions to achieve the Edible Edinburgh vision of a city ‘where good food is available to all, making for healthy people, thriving communities and a sustainable environment’.

Resources to find out more:

Visit the Edible Edinburgh pages on the City of Edinburgh Council’s website.

If you love veg and are interested in engaging with people to increase their veg consumption sustainably, then why not become a Veg Advocate with #PeasPlease? Find out how by visiting our website https://www.edible-edinburgh.org/call-for-veg-advocates/ @nourishscotland